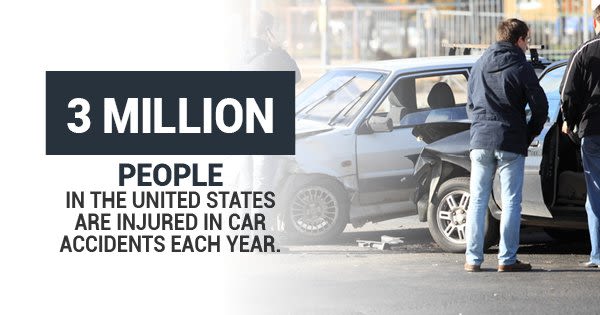 If you've been hurt in an accident as a passenger, then you know how confusing of a time it can be. Amazingly, 3 million people in the United States are injured in car accidents each year, and many of them are passengers. As an injured passenger, you'll have to deal with your injuries, as well as the investigative process of the accident, and insurance to top it all off. So in order to help make this time in your life a bit less hectic, here are some options you can take after you've been hurt in a car accident as the passenger.

File Against Other Driver's Insurer
Your primary option would be to file a claim with the other driver's insurer, especially if they were responsible for the accident. Almost every state requires that drivers carry a minimum amount of insurance for their vehicle. The coverage that is received is broken into two groups, called Bodily Injury Liability and Property Damage Liability. Your claim would be considered under Bodily Injury Liability insurance, which has a payout limit per person and a limit for the entire accident.

California, for instance, has a $15,000 per person limit and $30,000 per accident limit. The big problem that you might run into with this option is whether or not the other driver's insurance will be able to cover your medical expenses. This can be even more of a problem if there were multiple injuries during the accident, which would then mean the total payout is split up among the injured parties. Your hospital bills could be $25,000 but you might only receive $4,000. You should consult with your personal injury attorney to determine if this is your best option.

File a Claim With Your Driver's Insurance Policy
Certain states have mandatory personal injury protection, or PIP insurance, which covers all passengers in the car. You can also go through the driver's Medical Payments (MedPay), which is also considered a form of insurance. If the driver has either of these coverages, then this option is your best bet. You'll see quicker and a more accurate payout for your medical expenses. However, PIP is only mandatory in 12 states and MedPay isn't mandatory in any, so the driver could potentially have neither. If they don't, you can file with the driver's insurer. Even though this seems harsh, it's only the insurance company and not the driver's, so you don't have to feel guilty for pursuing compensation.

Of course, the last option is to file through your own insurance, but it could cause your rates to go up. If you've been hurt in an accident, consulting with a personal injury lawyer is the best way to determine how you receive compensation.

Hurt in an accident as a passenger? Unsure of where to seek compensation? Call Zwick Law today, personal injury attorneys serving Southern California.